Saint Elizabeth’s Episcopal Church is the first and only Episcopal Church in Richmond Hill, Georgia. On April 11, 1983, six families met with Father Thad Rudd at the home of Dan and Sharon Stringfellow to discuss starting an Episcopal Church in Richmond Hill. Father Rudd was also serving at Holy Angels in Pooler. Saint Elizabeth of Hungary Episcopal Church held its first service May 1st of that year at St. Ann’s Catholic Church. The Advisory Council of the newly formed congregation first met on May 16, 1983 and decided to apply for mission status once twenty families were in regular attendance. Saint Elizabeth of Hungary Episcopal Church received its certificate of incorporation as an Organized Mission from the Right Reverend Paul Reeves, Bishop of Georgia, on January 8, 1984. Priests Terry Wilson, Ann Glenn, Jim Clendenin, and Jim Parker all served in part-time capacities after Father Rudd in order to guide the spiritual growth.

In 1987 the founders purchased approximately seven acres at the site of the current
St. Elizabeth’s property. A pre-fabricated “building kit” was purchased and the handful of Parishioners, along with the help of friends and even total strangers, put the original church building together themselves, from the slab on up. This small sanctuary doubled as parish hall, Sunday School building, kitchen, and office. Our mission church then added a small additional nursery building to accommodate the children of the families who made St. Elizabeth’s their church home.

As Richmond Hill soon became one of the fastest-growing areas in the nation, St. Elizabeth’s began to overflow. With $150,000 from the diocese and continued love, hard work, and commitment from St. Elizabeth’s faithful, a new sanctuary was built in 1995. Members finished much of the work themselves, bringing the church in below the projected cost. They donated many of the furnishings, and the wooden cross above the altar was made by a member of the congregation. Prayers from our children were placed under the unfinished altar floor. The congregation soon more than doubled as new families were welcomed, bringing so many children that four new Sunday School rooms had to be added to the original building in 1997.
St. Elizabeth’s first full-time vicar was Michael White, appointed in 1997. Fr. White served until 2000 and was replaced by John West in 2001. During Fr. West’s tenure St. Elizabeth’s: achieved Parish status in 2003; a screened recreation pavilion dedicated to Jimmy and Anne Hendley was constructed by the Men’s Group; and Cub Scout and Troop 486 were sponsored, with a resulting Memorial Garden created as a Boy Scout Eagle Project. Fr. West served until 2004 and was replaced by Clarke Hubbard in October 2005, who served for thirteen years until January 2019 whereupon he retired. St. Elizabeth’s physical plant grew greatly during Fr. Hubbard’s tenure. A new Christian Education building was constructed in 2008 and paved parking, driveways and drainage were added as site improvements. Two modular office buildings were donated by a Parish member, with one serving as St. Elizabeth’s Attic as a community thrift store, and the other dedicated to the Scouting program. Parish members under Fr. Hubbard’s term organized St. Elizabeth’s Pre-school in 2011 and 2012, which opened for classes in the fall of 2013. Classes were initially held in the Christian-Education building and two added modular buildings, but soon outgrew that space and a new standalone building was erected for the school in 2018.

Visual Verse of the Day 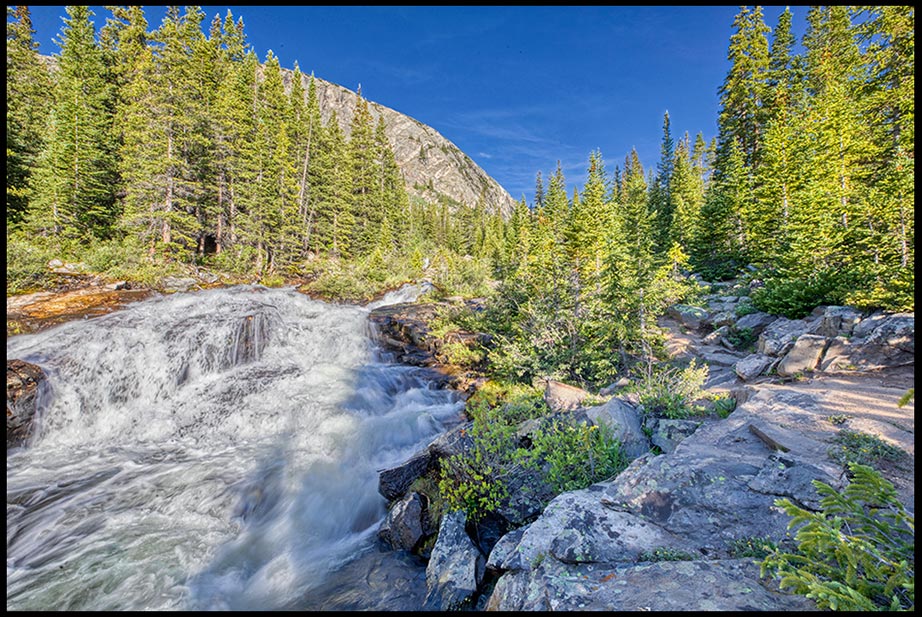 "God sends forth springs in the valleys; They flow between the mountains; They give drink to every beast of the field.” Psalm 104:13-14a

You are not alone. If you have a prayer request, we have someone ready to pray for you or with you. Click here to submit your request.